The possibility that Islamic terrorists smuggled a bomb onto a Russian jet flying home from Egypt highlights a new area of worry for aviation security: the insider threat.

Instead of focusing on a small cadre of al-Qaeda forces trying to place explosives on planes, aviation security agencies may have to defend against far greater numbers of radicalized enemies — including some who may be working at airports — if suspicions about the crash prove true, according to a U.S. Congressman and two former security officials.

Growing evidence suggests sympathizers of ISIS, an acronym for the Islamic State that is fighting against governments in Iraq and Syria, smuggled an explosive device aboard an Airbus A321 operated by Russian’s Metrojet that blew it up on Oct. 31, according to Representative Peter King, a New York Republican who serves on the House intelligence committee. The crash killed all 224 aboard.

“It’s a hell of a wake-up call,” King said. “It’s one that we should take advantage of to alert everyone of what can happen. This can happen anywhere in the world.”

John Halinski, a former chief of the U.S. Transportation Security Administration’s foreign operations, said that “If they decide that this is ISIS and this was a bomb on the aircraft, this creates a new threat to aviation.”

Adding to the threat, Islamic State has lured thousands of westerners to the Middle East to join its fight or to receive terror training.

The U.S. Department of Homeland Security plans as soon as Friday to announce enhanced security for U.S. airline flights operating internationally, according to a person familiar with the action who wasn’t authorized to speak about it. The person declined to specify what measures the agency would take and DHS often doesn’t disclose security actions.

The manifest on the Metrojet flights hasn’t shown any passengers had a connection to terrorism, meaning “the odds are overwhelming” that an airport insider was involved, King said.

Smaller airports around the world, including Egypt’s Sharm el-Sheikh International Airport, departure point for the doomed Metrojet plane, often lack rigorous screening for workers and have poor internal security measures, said Halinski. He was TSA’s deputy administrator for two years and is now a consultant, previously oversaw the agency’s inspections of security measures outside the U.S.

Airport employees in the U.S. must renew security credentials as often as every six months, Halinski said. By contrast, outside of the U.S., Canada and Europe, airport workers only need to get background checks reviewed every five years. Other measures, such as performing random spot checks on workers, also aren’t enforced overseas, he said.

Another senior U.S. lawmaker said an attack motivated by Islamic State should prompt a review of aviation security.

“If it turns out to have been a terrorist attack, we will have to, I think, do a fresh look at airport security around the world and what steps should be taken to improve that security,” said Representative Adam Schiff of California, the top Democrat on the House intelligence committee. “I don’t know if it is a management problem or a training issue or technological challenge.”

It also may be “a grave indication” that ISIS has developed much broader abilities to carry out attacks, Schiff said.

White House press secretary Josh Earnest said an “ongoing process” was under way at the Department of Homeland Security, which oversees the TSA, to review “a number of different steps we can take to enhance security for commercial flights bound for the United States from certain foreign airports.”

When new security measures are finalized, the government will work with air carriers and foreign governments to implement them, Earnest said.

Airlines, meanwhile, have begun taking their own measures in the wake of the bombing reports. Air France-KLM’s KLM Royal Dutch Airlines said Thursday it would prohibit passengers flying out of Cairo to check luggage, according to a statement. Only carry-on bags will be allowed, the airline said.

The primary worry when it came to smuggling explosives onto a plane in recent years has been al-Qaeda in the Arabian Peninsula, a militant group based in Yemen. Still, while the group possesses sophisticated bomb-making abilities, AQAP operates in a limited geographic region and has relatively few members, compared with Islamic State.

Verification of a new aircraft bombing would be a reminder that the aviation sector remains a prime target for terrorists, said Rick Nelson, a fellow at the Washington-based Center for Strategic and International Studies’ Homeland Security and Counterterrorism Program.

“These terrorist groups are going to target aviation and we can’t let our guard down about these types of attacks,” Nelson said.

Halinski said that while the worry over Islamic State- inspired plots is greatest at airports in hot spots such as Egypt, facilities in the U.S. and Europe aren’t immune to inside plotters.

The TSA may want to increase its security reviews of airport workers, said Halinski. Currently, most employees at airports don’t undergo physical screening when they enter sensitive airport grounds.

If the bombing is verified, the U.S. should “certainly start checking out employees more” at U.S. airports, King said. The screenings should apply to everyone working at the airports, he said.

With commercial airports employing tens of thousands of workers, from cleaning crews to aircraft food vendors, the task of monitoring them more closely would add costs as well as complexity to airport security, he said.

–With assistance from Del Quentin Wilber in Washington. 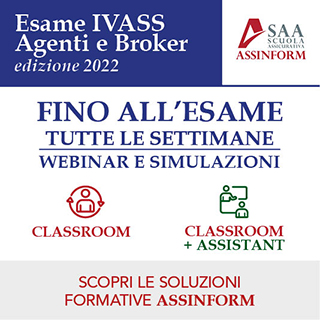