On a test route in Berlin traffic, an experimental Jeep Grand Cherokee slams on its brakes every few hundred yards, like a nervous teenager with a learner’s permit. In a sense, that’s exactly what the robo-car is.

Even after months of navigating the same 11-kilometer (7-mile) set of roads, the sport utility vehicle that’s kitted out with an array of radars and sensors gets spooked frequently. Whether it’s grass, street litter or a political billboard, there are endless surprises that overwhelm the auto and show just how complex self-driving is in real life.
“The car is like a beginning driver,” said Joern Ihlenburg, a manager at auto-parts maker Magna International Inc.’s research and development unit. “It doesn’t have any experience. Last week a blue balloon flew past and the car didn’t know what it was and braked.”

The Jeep’s trip isn’t wholly stop-and-start. The vehicle moves steadily around a multilane traffic circle with an impatiently driven truck following close behind, which would be unsettling to many human operators. Yet the overall performance shows how difficult it’ll be for self-driving autos to master an ever-changing city, even as hands-free operation on highways comes into view.

The car industry has developed a ranking for vehicle automation, with future models capable of fully driverless trips topping the list at Level 5. Luxury-auto makers BMW AG and Daimler AG’s Mercedes-Benz brand currently compete with level 2 features, while Volkswagen AG’s Audi offers a car with close to Level 3 autonomy. Suppliers including Magna, Continental AG and Delphi Automotive Plc are in an equally tight battle to provide the components — cameras, sensors, radar — and the software to integrate them all and push the technology forward.

Aurora, Ontario-based Magna, the world’s third-biggest auto-components maker, estimates revenue from its autonomous-driving unit will double to about $1 billion by 2020, according to Chief Technology Officer Swamy Kotagiri. But while science-fiction images of people riding in wholly driverless vehicles grab headlines, he expects few customers to adopt the top technology in the foreseeable future.

“I’m confident” highly or fully automated cars will be operating in “geo-constrained areas quite soon,” Kotagiri told reporters in Berlin. But in areas with lots of people or vehicles moving at different speeds and in different directions? “No.”

The Jeep carries Magna’s MAX4 self-driving unit underneath its rear storage area, and its trips are programmed through the navigation system on the dashboard. Its struggles to coexist with other road users become clear when a truck at a comfortable distance in front drifts slightly into the SUV’s lane, and the passengers are jolted with another hit to the brakes. It’s also the slowest-moving vehicle on the road as the computer must stick to the 50-kilometer-an-hour city speed limit.

Magna expects just 4 percent of cars by 2025 to be equipped with Level 4 technology like the MAX4. That system will be ready for test integration into cars on standard production lines starting in late 2018, with another two to three years needed until it’s available commercially, Kotagiri said. The technology’s development will help Magna fine-tune other products that are closer to coming to market soon, he said.

“We are of the firm belief that if you don’t do Level 4 and 5, you cannot make Level 2 and 3 effective,” he said. “If you don’t understand the whole thing, you cannot do pieces properly.”

Nissan Motor Co. conducted urban automated-driving trials in London earlier this year of an electric Leaf city car that also showed the technology’s difficulties. BMW will start trials late this year with 40 vehicles, including in its hometown of Munich, and it plans a fleet of 230 cars by 2021 that’ll collect data daily for a total 240 million kilometers of testing to develop the safest systems, according to the company.

Magna sees more opportunity in offering systems that make cars smart enough to drive by themselves on the highway, Kotagiri said, predicting nearly a fifth of vehicles will carry features at that level by 2025. The company is in talks with two carmakers for a platform for advanced highway driving that’ll be ready as early as 2020, he said, declining to name the customers.

“With city driving, it’s still at baby steps,” Ihlenburg said. “It’s almost like driving into an unknown town in the dark and in the rain.”
Fonte: 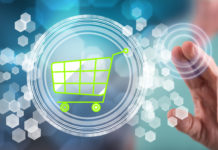 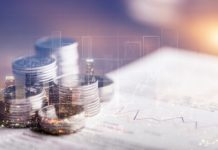 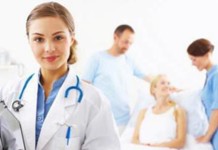