The widening legal nightmare over Roundup weedkillers isn’t the only potential multi-billion-dollar liability Bayer AG inherited last year when it acquired Monsanto Co.
While thousands of damage claims over Roundup have grabbed headlines and hogged the attention of investors, the German conglomerate also has become a target of lawsuits by American states and cities trying to clean up toxic PCBs, a widely used fire-resistant chemical compound that the U.S. banned four decades ago.

“This could easily become another major litigation problem for Bayer,” said Jean Eggen, who teaches environmental law at Widener University in Wilmington, Delaware. Monsanto already spent almost $1 billion to settle past PCB claims, and new cases may be even more costly, she said. While there’s no concrete estimate, “these kinds of environmental cleanups can definitely run into the eight figures and they can last a long time, running up the legal bills,” Eggen said.
PCBs, or polychlorinated biphenyls, were used in electrical transformers, paints, sealants and inks until scientists linked the chemical to cancer and other illnesses. The chemical got widespread attention in the 1970s when the government learned two General Electric Co. plants had been dumping PCBs in the Hudson River for decades, turning 200 miles of the New York waterway into one of the biggest Superfund sites. St. Louis-based Monsanto made PCBs from 1935 until 1977. Bayer acquired the company last year for $63 billion.
Monsanto-made PCBs were discharged into waterways including San Francisco Bay in California, the Sandusky River in Ohio and the Skagit River in Washington, according to 18 pending lawsuits by states, cities, ports and an Indian tribe. Dangerous levels of the chemical turned up near Baltimore’s Inner Harbor and in reservoirs and ponds in New Mexico.
In some cases, Monsanto was sued for damages from PCBs, and in others, it is accused of discharging the chemical. More claims are on the way, lawyers for the governments said.
In court filings, Bayer said Monsanto stopped making PCBs before it was banned. It’s also argued that in many cases other companies were more responsible for allowing the chemical compound to contaminate waterways, which should reduce any lingering liability for Bayer.
For example, Bayer said Monsanto had no role in discharging PCBs into the Duwamish River, which was so polluted the federal government declared it a Superfund site in 2001. Seattle sued Monsanto in 2016 but was only being targeted because it made the chemical, David Snively, the company’s general counsel at the time, said in a letter to the Seattle Times newspaper.

It was the city and its utility company that “operated numerous substations, transmission lines and electrical-generation facilities, as well as numerous storm-water facilities, including sewer lines and combined sewer outfalls, and solid-waste handling facilities,” Snively wrote. “All of these facilities are potential sources of PCBs.”
The U.S. Environmental Protection Agency has identified the city of Seattle, along with more than 100 companies — including Monsanto — as potentially responsible for fouling the river, court filings show. The EPA is overseeing a $342 million, 13-year cleanup of the river that should remove 90% of the pollution, including PCBs, by dredging tainted material.
“We believe the complaints to be without merit and we will defend ourselves vigorously,” Utz Klages, a spokesman for Bayer, of Leverkusen, Germany, said in an emailed statement.
To be sure, PCB claims against Bayer are dwarfed by more than 13,000 U.S. lawsuits over Roundup, which created a liability risk that has “been the big whale that investors have focused on, not really this other stuff,” said Dennis Berzhanin, a Frankfurt-based analyst for Pareto Securities.
In the first three weedkiller cases to go to trial since the Monsanto merger, the company lost, with juries awarding more than $2 billion in damages. While judges have been reducing some of the awards, Bayer still may have to pay as much as $7 billion to resolve all its Roundup liability, according to estimates by Bloomberg Intelligence.
PCB Risks
But the pending PCB litigation may also prove costly for the company.
According to the government lawsuits, internal company documents show executives learned of the health risks posed by PCBs more than 80 years ago, and still hid the threat to protect profits. A 1937 Monsanto memo said animal tests showed “toxic effects from prolonged PCB exposure,” Bob Ferguson, Washington state’s attorney general, said in a court filing last year.
In another internal report, this one from the early 1970s, Monsanto officials wrote that the company couldn’t halt production of the chemical because there was “too much customer/market need, and selfishly too much Monsanto profit,” according to Ferguson’s suit. More than 100 bodies of water in the state are contaminated with PCBs, he said.
In 1969, a committee at Monsanto warned company executives there were few ways to “prevent the growing incrimination of specific polychlorinated biphenyls” from leading to the “contamination of human food (particularly fish), the killing of some marine species (shrimp) and the possible extinction of several species of fish-eating birds,” according to the Washington lawsuit.
In another internal memo from 1969, Monsanto executive W.R. Richard outlined suggested cleanup efforts for PCB discharges discovered in parts of the Gulf Coast, Great Lakes and San Francisco Bay, and suggested the company’s legal strategy should be to “let govt prove its case on a case by case basis,” court records show.
Despite those internal warnings, Monsanto assured state officials PCBs weren’t a threat. “Based on available data, manufacturing and use, we do not believe PCBs to be seriously toxic,” the company told New Jersey’s Department of Conservation in 1969.
‘Public Nuisance’
So far, lawsuits have been filed by New Mexico, Ohio, Oregon and Washington, along with 10 cities, including Los Angeles, Baltimore, Seattle, San Diego and San Jose, California. They argue Monsanto created a “public nuisance” by allowing the PCBs to foul public waters and should be held liable for billions in cleanup costs. The St. Regis Mohawk Tribe, based in Missouri, sued over PCB exposure from industrial plants.
Bayer officials said they’ve reserved money for defending the PCB cases in court, but declined to provide a specific amount. The company says Monsanto has maintained its own product-liability insurance, though it didn’t disclose details about how much or what’s covered.
The next PCB cases are set for trial early next year. In February, a federal jury in Spokane, Washington, will weigh whether Monsanto is responsible for polluting the Spokane River. That same month, there’s also a trial over San Diego’s demand that Monsanto clean up PCBs in San Diego Bay. A suit by the state of Washington is set for trial in state court in May.
When cases have gone to trial, it’s often been costly for Monsanto.
In 2002, a state jury in Anniston, Alabama, where Monsanto had a PCB plant, found Monsanto engaged in “outrageous” conduct by dumping the chemical in an open-pit landfill or allowing it to run off with storm water near the town.
During the trial, testimony showed local Monsanto managers never disclosed in 1966 they’d found fish in a tainted creek that were spurting blood and shedding skin as if they’d been cooked in boiling water. Three years later, a check of another nearby creek found fish with 7,500 times the legal limit for PCB levels.
$700 Million
After jurors awarded more than $100 million in damages during the first stage of the case, Monsanto eventually agreed to pay $700 million for environmental cleanup costs and health programs covering 20,000 current and former residents. Earlier, it’s Solutia unit paid more than $80 million over leakage from the plant.
More recently, a state-court jury in St. Louis awarded $46.5 million in damages to three people who said exposure to PCBs led them to develop non-Hodgkin lymphoma.
Monsanto has won PCB trials, including a 2016 case in Los Angeles where a jury rejected claims by a man and a woman who said exposure to the chemical gave them non-Hodgkin lymphoma.
But a new round of PCB trials comes at a bad time for Bayer, said Elizabeth Burch, a University of Georgia law professor who teaches about mass torts.
Recent trials over Roundup were won by plaintiffs in part because evidence showed Monsanto hid the health risks of the weedkiller, and that could influence how juries view the company’s actions in dealing with PCBs, Burch said.
“This is as much a PR problem for them as a legal problem,” she said. 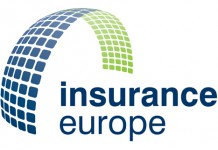 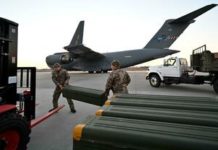 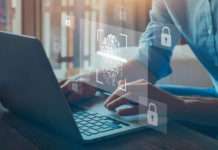