People who text while driving are six times more likely to be involved in a car crash while those who talk on a mobile device while driving increase their crash risk more than two times. Yet many drivers are still willing to take the risk, as “fear of missing out” and separation anxiety keep them from abiding by the law, according to a new study.
States have adopted laws that require drivers to use hands-free devices. However, many drivers simply don’t perceive texting and driving to be dangerous in certain driving scenarios.

Females are more likely than males to engage in mobile phone use while driving.
The study appears in Risk Analysis: An International Journal, which is published by the Society for Risk Analysis.
In the study, “Should I text or call here? A situation-based analysis of drivers’ perceived likelihood of engaging in mobile phone multitasking,” researchers uncovered four profiles of drivers with strong intentions of engaging in distracted driving: drivers who are female, drivers who are frequent users of phones for texting/calling, drivers with negative attitudes towards safety, and drivers who are highly disinhibited.
Drivers were much more likely to talk on their phones while driving than they were to use their phones to text. This is expected since the visual demands of texting compete directly with those of driving, whereas talking on the phone is mostly auditory, according to the researchers.
In the U.S., mobile phone usage has been a factor in one quarter of all car collisions. However, actual crash risks vary based on the type of task being performed and the extent of its cognitive and physical demands on the driver. Talking on a mobile device increases crash risk by 2.2 times whereas texting increases risk by 6.1 times.

Observational studies have found that as many as 18 percent of drivers in high-income countries, and up to 31 percent in low- and middle-income countries, use their mobile devices while on the road, contributing to significantly reduced road safety. Despite laws prohibiting such behavior, mobile phone use while driving is expected to increase.
The researchers found that drivers engage in self-regulation when deciding whether to use their phones while driving, as they try to cope with environmental factors while maintaining a high level of performance. For example, many drivers make use of stops to initiate using their mobile device, and many are able to restrain themselves to using phones only while stopped at intersections with signals. Other researchers have also noted that drivers usually restrict engagement in heavy traffic or along curved sections of both urban and rural roads.
“Drivers are not good at identifying where it is safe to use their phone. It is safer for drivers to just pull over in an appropriate place to use their phone quickly and then resume their journey,” stated one of the authors, Oscar Oviedo-Trespalacios.
Sixty-eight percent of participants reported needing a lot of convincing to believe in the dangers of texting and driving. The researchers found these people include those who who believe the effects on the driver are minor.

However, the study found that demanding traffic conditions and the presence of law enforcement were effective in reducing the likelihood of distracted driving. The authors say that these results support high-visibility police enforcement programs as a means to combat distracted driving.
In the study, 447 drivers in South East Queensland, Australia, answered questions about perceived crash risk, perceived driving comfort, perceived driving difficulty, perceived driving ability, perceived likelihood of engaging in a voice call and perceived likelihood of engaging in texting.
The research team included Oscar Oviedo-Trespalacios, Md. Mazharul Haque and Mark King from Australia Queensland University of Technology, and Simon Washington from the University of Queensland.
The authors say the results from this study may contribute to more targeted distracted driving campaigns by highlighting opportunities for interventions. These campaigns should target safety attitudes to more effectively curb drivers’ motivations for engaging with their phones while driving. They say this study also confirmed the need to profile and target high-risk groups, particularly novice drivers and those who are overly attached to their phones, to develop messaging that considers their particular motivating factors.
Source: The Society for Risk Analysis is an international society that provides an open forum for all those interested in risk analysis. It publishes Risk Analysis: An International Journal. 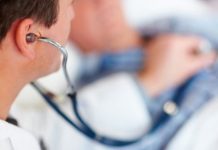 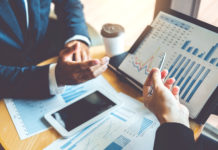 I consulenti tornano a crescere 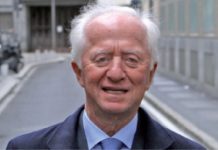