Executives of retail and wholesale property/casualty brokers, who have heard predictions about disintermediation for years, are not worried about the latest wrinkle in the stories of their demise—the rise of insurtech disrupters with digital platforms.

Steven DeCarlo, chief executive officer of AmWINS, summed up their thoughts in three words: “Bring it on.”
Speaking during a CEO broker panel at the S&P Global Ratings Insurance 2017 conference last month, DeCarlo responded to a question posed by S&P Director Julie Herman whether insurtech startups or existing carriers, such as Berkshire Hathaway, Travelers and Allstate, launching direct-to-customer initiatives in the small business commercial insurance space creates a long-term threat to brokers.

“At the very beginning, when we wanted to raise capital, everyone said, ‘You will be disintermediated,’” DeCarlo said, thinking back to the launch of AmWINS over a decade ago. “My response was, ‘Maybe.’ Here we are [today] with a billion dollars in revenue, up from when we started when we had $10 million in revenue.”
To avoid disintermediation, a broker has to bring value, he said.

“I sure as hell am not worried about insurtech disintermediating what I do for a living. They’d better be good at their jobs because I’m damn good at sales,” he continued.

As for insurers selling direct, “I’m not worried about insurance companies thinking they can do sales,” he added. “They can’t. Trust me, they can’t.”

“You come to me, and I get 700,000 submissions today, and I can reduce frictional costs and I can deal with quality retailers who trust me to take care of their clients in a way I’ll never get noticed. I think I can win that game,” he said, noting that he has his own on-staff tech experts working on technology plays for AmWINS.
Referring to one insurtech in particular—Lemonade, a technology company that writes insurance and pays claims using artificial intelligence and behavioral economics—DeCarlo dismissed the claims of success as propaganda. “If I had started ‘Iced Tea’ [or] a slick-named firm instead of AmWINS,…I could go out and do propaganda. I don’t do propaganda. I do insurance and I do insurance sales.”

The only disintermediation that worries DeCarlo would come about if his wholesale brokerage firm wasn’t providing value to retail broker clients. “If I can’t solve retail brokers’ needs, they will fire me,” he said.

DeCarlo noted that small retailers cannot invest in analytics, data, processing, and they don’t have the bandwidth and technology to compete in the digital economy. “But they do trust me,” he said.

“And I think I can bring them product because Americans shop. They rarely just buy direct from one opportunity. That’s why there’s Amazon, right? People shop. I believe I’m a helper in how they shop for products.”

What about retailers like Marsh and Aon? Are they immune from disintermediation? Herman asked Daniel Glaser, CEO of Marsh & McLennan, and Greg Case, CEO of Aon. “Conversely, given your firms’ extensive focus on technology, data analytics, are there efforts underway to partner with insurtech as the value proposition is evolving?” she added.

Glaser also noted that the reason for a predominant focus of insurtech on distribution is clear. “What VC [venture capital firm] would want to put their money into something that is highly capital-intensive and highly regulated? Clearly, going toward distribution—closer to the client—makes a lot of sense from my perspective.”

Aon’s Case picked up on Glaser’s remarks. “My colleague just said it here: This is about relevance, pure and simple. Of course we’re going to be investing in technology. We’ll just be more relevant, Godspeed. If investment in data analytics helps us be more relevant to our clients, we’re going to go for it. For us, this is not about the zero-sum game. It’s about a battle for relevance. If we’re not relevant—whether you call it disintermediation, whatever you want to call it—you’re going to decrease in magnitude. You’re going to decrease in scale.

Our [aim] is all about trying to change that and to make a difference with clients. Fundamentally it isn’t about insurtech. It’s literally about relevance on behalf of the clients.”

The S&P session began with a two-question poll of the audience of insurance financial executives and analysts, asking first whether they were bullish or bearish about prospects for insurance brokers, and then whether carriers or brokers are better positioned in the insurance value chain. Brokers won on both fronts, with nearly 71 percent of respondents saying they are bullish about broker prospects and brokers winning out over carriers, with 46 percent giving brokers the nod in the value chain and 33 percent going with carriers (21 percent were undecided).

Case took issue with the question.

“The whole question of broker versus carrier for us is a little bit misdirected. For us this is and has to be about delivery for clients every day. Understanding client needs, measuring client needs, dealing with client needs—[which] in many respects…are greater than ever before.
“It’s got to require greater innovation on all of our parts. We’ve got to innovate faster than our clients on the topic of risk in every way, shape or form,” he said, citing cyber insurance. According to Case, companies reported cyber losses in excess of $450 billion last year, yet the industry generated $2.5 billion in premium, much of it probably written from this panel.

“Our view is this isn’t about brokers and carriers. This is about the clients and how we serve clients in an effective way. In that regard, my gosh, there’s never been more risk out there, never been more volatility, [and] never been more opportunity for the industry to make a difference.”

Stressing the same point in response to a later question about market dynamics, Case said that Aon is focused on the demand side of the supply-demand equation and that insurance buyers are worried about many risks that the insurance industry is not addressing. In fact, referencing Aon’s bi-annual Global Risk Survey (published in April), Case noted that only half of the top 10 risks that treasurers and CFOs say are affecting their businesses are insured.

“We’ve got to innovate,” said Case. “This shouldn’t be about solving the same pie and reassessing it,” he said, referring to competition among suppliers. “It should be about increasing the size of the pie in a way our clients see it.”

Asked later about the prospect of bringing third-party capital to the table, Case opined that there’s room for more capital, highlighting more survey results. “The opportunity to serve clients on a global stage, on the topic of risk, is fundamentally unprecedented. To look at it any other way is just missing all that’s out there from the client’s view.

“We don’t even have to start with the emerging risks. Of the risks they face today, the top 50, we’re serving a fraction.” The Global Risks report shows that only a dozen of the top 50 risks impacting clients are insured.

“The opportunity to fundamentally expand how we think about helping clients understand, measure and mitigate risk is fundamental. It is unprecedented, and it’s sitting here. How we react to it as an industry is up to us, but we have to act. If we don’t, our relevance goes down; if we do, our relevance goes up.

“In that context, alternative capital is another source of opportunity. We’re matching capital with risk. In the end it’s going to help, we hope, expand the opportunities on behalf of the clients, expand the industry, and you’ve seen us take steps to try to make that happen and do that…

“It isn’t about, again, brokers and carriers. It isn’t about alternative capital and traditional capital. It’s about client needs and the opportunity to just flat out address them,” Case said.

Glaser objected to Herman’s description of the panelists as “distributors” in phrasing a question about industry opportunities.

“I don’t think that’s what we do as brokers. If anything, we’re evaluators of product rather than distributors of it,” adding that he believes a lot of carriers still think of brokers as distributors of their products. “Generally I view that as inside-out thinking, as opposed to focusing on what the clients’ needs are.”

Glaser is bullish about the advisory role of brokers. Giving historical perspective about industry changes, he said, “Ten years ago capital was king. The insurance companies generally promoted themselves focusing on their capital, their rating, their financial strength, their solvency view, etc. We live in a world now with super-abundant capital, so in some ways capital as a value has reduced somewhat in our clients’ eyes. I can’t tell you the last time a client talked to us about solvency type of risk.

“On the other hand, the world has gotten much more dynamic and complex. It’s natural that the need for advice has risen,” he said, noting that this means brokers are currently better positioned along the value chain because of their proximity to clients and advisory skills. “That’s an immediate benefit. It’s not necessarily a permanent one. I would expect both brokers and insurance companies to recognize that we all serve clients, we all exist to serve clients, and our job is to increasingly provide additional value to clients. Whether that’s on risk mitigation, risk avoidance, risk management or whatever those topics are, over time I would expect insurance companies and brokers to be very much focused on the risk issues and not necessarily just on the capital insurance risk-transfer issues,” he said.

Sclafane is senior editor for Carrier Management, where the original version of this article first appeared.
Fonte: 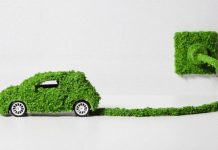 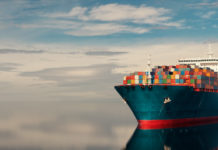 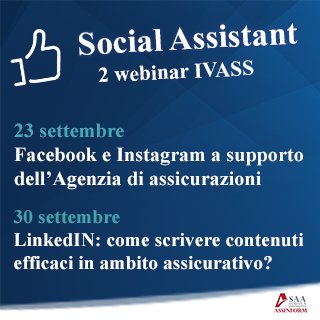 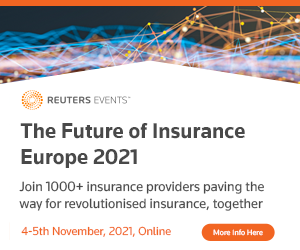 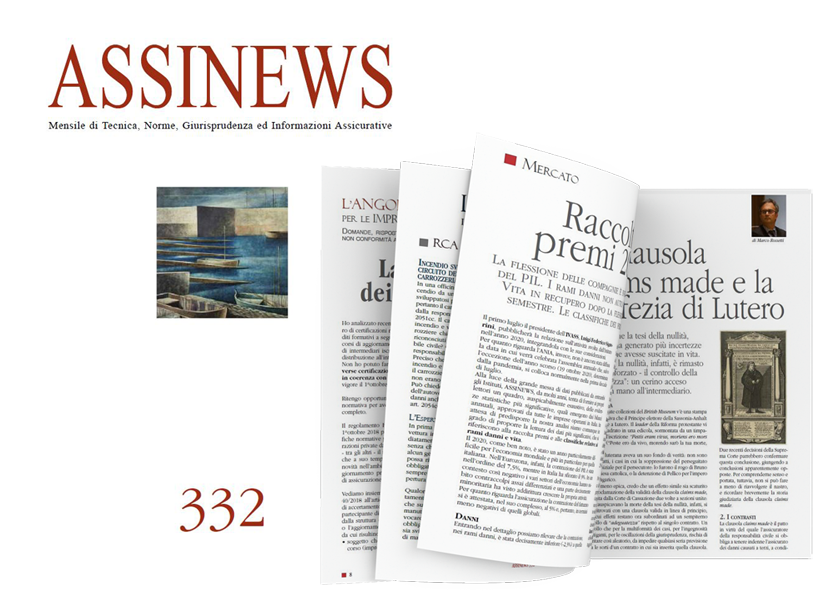