Insurtechs may be trying to transform how carriers, brokers and agents do business, but customers aren’t widely aware of their existence just yet, J.D. Power has determined.
J.D. Power, which focused mostly on the auto insurance industry, found that just six percent of prospective customers were aware of at least one of the following insurtechs: Lemonade, MetroMile, Trov and Sure. Less than half of shoppers who knew of a given insurtech provider said they’d consider doing business with the firm in the future, J.D. Power said.
Lemonade is a startup that relies on artificial intelligence and behavioral economics to offer renters, condo and homeowners insurance in multiple states. Metromile is a pay-per-mile auto insurance provider; Trov is an on-demand insurance startup; and Sure offers rental, pet and other specialty consumer coverages.
As insurtechs grow in number and reach, however, insurers aren’t taking any chances. J.D. Power said that small volumes of new insurance shoppers, consistent price competition among insurers and insurtech startups have forced auto insurers into heavy competition, with many beefing up their digital capabilities to make insurance shopping easier.
There’s also a heavy amount of national advertising focused on brand building.
Along those lines, the J.D. Power study found that direct sellers—insurers that sell directly to consumer—are scoring. Overall satisfaction among shoppers who bought insurance through direct channels came in at 846 out of 1,000, which is considered high. This compares to 842 for shoppers who bought their insurance through independent agents and an 834 score for those who bought coverage through insurers that sold through exclusive agents.
Other findings:
Brand reputation is a big driver, contributing 29 percent of what influences an insurance shopper to research what a carrier offers. Along those same lines, the top 10 insurers in terms of total market write 72 percent of all business in the country, up from 64 percent in 2000.
45 percent of auto insurance shoppers use multiple channels when purchasing a policy, underscoring the need for insurers to develop digital abilities for their various business processes.
Erie Insurance ranked top among insurers that provide a satisfying purchase experience, scoring 877 out of 1,000. Auto-Owners Insurance and American Family ranked second and third, respectively scoring 870 and 860.
The study is based on responses from more than 15,000 shoppers who requested an auto insurance price quote from at least one competitive insurer in the past nine months. There are also more than 50,000 unique customer evaluations of insurers involved in the process. Study data was gathered in April, July and October 2017 and January 2018.
Source: J.D. Power
Fonte: 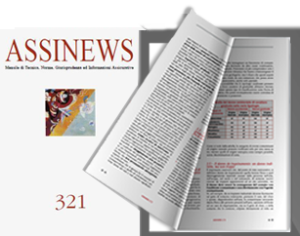