Tokyo Electric Power could face 2 trillion yen ($23.6 bln) in special losses in the current business year to March 2012 to compensate communities near its crippled nuclear plant, JP Morgan said in a research report obtained by Reuters.

Shares of Tokyo Electric, commonly known as Tepco, have lost about three-fourths of their value since the March 11 earthquake and tsunami tore through the Fukushima Daiichi nuclear complex, causing it to leak radiation.

The government has evacuated people living in a 20 km (12 miles) radius of the plant and announced on Monday that it would encourage people to leave certain areas beyond that exclusion zone due to accumulated radiation.

As Tepco has struggled to contain the crisis, analysts have struggled to come up with viable estimates for the financial burden facing the utility given the unprecedented scale of the problem and uncertainty over the likely degree of government support.

It estimated that Tepco would have to shoulder 600 billion yen in extra costs due to increased use of thermal power in the financial year to March 2012, and some 2 trillion yen in damages to compensate local communities.

JP Morgan said how a law governing such cases is interpreted would be key in determining the company’s liabilities.

“In the case of losses, Tepco also bears liability. We assume compensation of 2 trillion yen.”

Under Japanese law the operator of a nuclear facility can be granted an exemption from damages caused by a reactor if the accident was deemed to have been triggered by “a grave natural disaster of an exceptional character.”

The government has not yet decided whether it would classify the 9.0-magnitude earthquake and tsunami as an “exceptional” disaster. Depending on the cause of a nuclear accident, either the government or insurers can be required to provide the first 120 billion yen in liability coverage.

Tokyo Electric would be liable for all damages exceeding that amount if the exemption is not granted. If threatened with financial ruin, however, it could ask the government for assistance.

JP Morgan initiated coverage of the electric power industry with the report dated April 11, but it did not assign a rating or target share price to Tepco, citing the uncertain impact of the Fukushima nuclear accident.

Among other utilities, JP Morgan started coverage of Kansai Electric with an “overweight” rating, citing expectations for an increase in profit growth over the medium term on rising capacity use at its nuclear power plants.

It rated Tohoku Electric “underweight”, saying higher fuel costs would weigh heavily on earnings. The power company is expected to increase reliance on thermal fuel after the quake shut its Onagawa nuclear plant in northeastern Japan.

Shares of Tepco finished up by their daily limit of 80 yen for a second straight session on Monday, at 500 yen. It was the most actively traded stock on the Tokyo bourse’s first section, accounting for 10 percent of total volume. 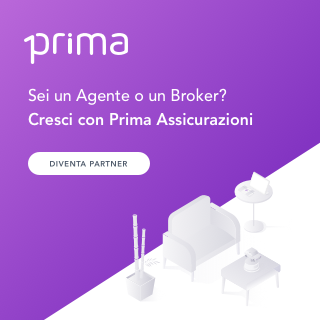