“We need to rebuild the trust of the markets in our ability to reach our goals as soon as possible,” the Naples native told employees in a memo seen by Bloomberg. “To achieve that, we need to carry out our plans in a disciplined manner and set the right priorities.”
Zurich is reshaping general insurance and revamping its top management after a year that saw the company abandon a high-profile takeover bid for RSA Insurance Group Plc following unexpectedly high claims. Greco, previously CEO at Assicurazioni Generali SpA, took over in March after Martin Senn stepped down in December. The stock is down about 14 percent this year.

“Greco is a doer. If something doesn’t work, he quickly delivers results,” said Georg Marti, an analyst at Zuercher Kantonalbank with an outperform rating on the stock. “This is what Zurich Insurance needs right now.”

Zurich’s combined ratio in general insurance, when including disaster losses was 103.6 percent last year, according to the statement. A measure of more than 100 means the unit is paying out more in claims and costs than it’s collecting in premiums.

“We all want to bring Zurich back to the top,” Greco said. “What matters is the result of the group.”

Zurich Insurance confirmed that Greco sent a memo to staff on March 7, his first day as CEO.

–With assistance from Jeffrey Vögeli.
Fonte: 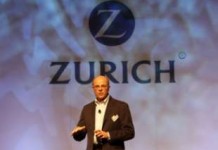 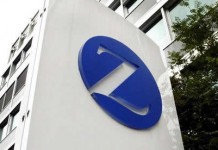