UK motor insurance premiums hit their highest recorded levels in the fourth quarter of 2016 and rose more than five times the rate of inflation in 2016, as tax increases, increased repair costs and the rising costs of whiplash-style injury claims puts pressure on premiums, according to the Association of British Insurers (ABI).

The new figures come amid concern that the Ministry of Justice could be about to pile more pressure on motor premiums through a cut in the discount rate – a mechanism used by the courts to calculate large compensation payments to take account of future investment returns, the ABI said in a statement.
The ABI’s Motor Premium Tracker, which measures the actual prices consumers pay for their motor cover rather than just quotes, shows that in the fourth quarter of 2016:

Tax: Since July 2015 there have been three separate increases in the rate of insurance premium tax, which means that the tax will have doubled from 6 percent to 12 percent when the latest rise comes into effect on June 1 this year
Personal injury claims like whiplash: The average bodily injury claim settled in Q3 2016 came to £10,674 (US$13,475), a 2.3 percent increase on the same period last year
Rising repair costs: The average repair bill has risen by nearly 32 percent in the last three years to £1,678 (US$2,118) in Q3 2016. This is due to increasingly complex vehicle technology and rising cost of spare parts due to currency fluctuations.
“These continue to be tough times for honest motorists. They are bearing the brunt of a cocktail of rising costs associated with increasing whiplash style claims, rising repair bills and a higher rate of insurance premium tax,” said Rob Cummings, ABI’s assistant director, head of Motor and Liability.

“While we support the government’s further reforms to tackle lower value whiplash costs, it must not give with one hand and take away with the other. The sudden decision to review the discount rate has the potential to turn a drama into a crisis, with a significant cut throwing fuel on the fire in terms of premiums,” he said.

The ABI explained that the discount rate adjusts amounts of money awarded as personal injury damages, to take into account the return that can be expected when that lump sum is invested. Since 2001 it has been set at 2.5 percent.

“There is concern that the Ministry of Justice could be about to announce a new figure based on an outdated method which doesn’t take into account how claimants actually invest compensation and risks pushing up insurance premiums,” said the ABI. The discount rate affects claims, which often are worth millions of pounds, “so even a change of half a percent will have a substantial impact.”

More information on the discount rate can be found on the ABI’s website. 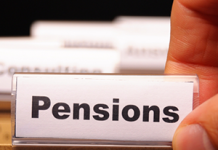 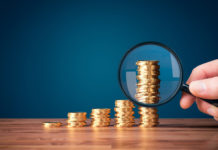 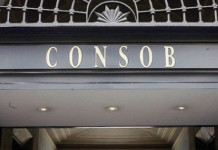