The insurance industry had a lot to say about what Google did wrong a day after the search engine giant said it would be pulling the plug on its year-long Google Compare experiment selling auto insurance online.

Some experts in online insurance shopping believe that Google realized it could make more money with its AdWords pay-per-click business than it could selling insurance and other financial products online. Others are advising independent agents not to read too much into the demise of what is just one of numerous online insurance competitors.

Insurance Journal was the first to report on Monday that Google would be shutting down its Google Compare, which offers online comparison shopping for a variety of financial products including insurance in the United States and the United Kingdom.

Late Monday, Google confirmed that the shutdown will occur next month in both the U.S. and UK. Google’s confirmation came in the form of acknowledging a letter that was sent to its online financial product partners, a letter posted by the website SearchEngineLand.comlate Monday night.

“Beginning on February 23, 2016, we will start ramping down the Google Compare product, which is currently live in both the U.S. and UK,” the letter reads. “We plan to terminate the service as of March 23, 2016.”

The letter states that “the Google Compare service itself hasn’t driven the success we hoped for,” but it offers no definite reason for its withdrawal from online comparison shopping.

A Google spokesman could not be reached for comment.
Separated Partner

Things were not going as hoped at least two months ago when Google and Compare.com, one if its biggest partners, quietly separated. But Andrew Rose, Compare.com’s CEO, said he was still surprised on Monday when he was told by several of the insurance carriers participating in Google Compare about the shutdown.

“It was a bit shocking today to hear that they are exiting,” Rose said Monday.

He also said “comparison is the intersection of the internet and insurance, and you’ve got to know both sides to make them work.”

“I’ve got to believe they looked at how much money they’re going to make selling AdWords to insurers versus the comparison business,” he said.

However, Rose said that Compare.com is successful. The company has ad spots running regularly on national television, and he said its ad spend is in the “tens of millions of dollars.”

“We are having an exceptional run at this,” Rose said. “Their decision to exit the space, we think, is no way an indictment of the potential.”

“Let the customer decide and let the carriers sell the way they want to sell,” Rose said.

He added: “You have got to know the industry you’re serving.”

Neither Rose nor Google said much about the parting of Compare.com from Google Compare when it happened.

“We parted ways because it was no longer in our mutual benefit to be partners,” was Rose’s most detailed answer to the question.

He said no money is owed and Compare.com is still offering Google Compare services until it shuts down. “Our relationship continues to this moment,” he said.

Laird Rixford, president of ITC, another Google Compare partner that provides a comparison rating interface for agents, also places some of the blame for the failure on Google cannibalizing AdWords, its main source of income, with Google Compare.
Other Players Out There

“Google was always labeled as the disruptor,” he said. “Maybe they were the biggest name or influence but they were not the biggest volume versus many others out there. A lot of comments online and from agents have been a belief that no one will be able to truly disrupt the current model. Meanwhile, many other players are.”

“They’ll mistakenly use Google as ‘proof’ of this,” Rixford said, expressing concern that agents might use the Google failure as an excuse for “complacency or the feeling of invulnerability” and not remain vigilant in their own adoption of technology.

For Guy Weismantel, vice president of marketing for insurance software provider Vertafore, Google Compare was slow to realize it takes money to make money selling insurance. Weismantel surmised that Google believed it could enter the insurance market and do what companies like GEICO and Progressive are doing, but without the giant outlay of advertising dollars. “I don’t know if the average consumer had the awareness that Google had an insurance product,” he said.

Eventually Google executives realized they had to grow a presence to compete.

“It was a space that already had a lot of big, established players,” he said. “Google coming in didn’t create another category. Actually they were another product in that category.”
Trusted Voice

But Rusbuldt added that consumer shopping has exploded on TrustedChoice.com and the closing of Google Compare is unlikely to lessen the consumer appetite for online shopping going forward.

Bill Wilson, Rusbuldt’s colleague who directs the Big I’s virtual university, in blistering comments on InsuranceJournal.com, came down hard on those who invest in trying to disrupt the insurance business by duping insurance buyers.

“All too often, it seems that people that get involved in these ventures usually know absolutely nothing about the industry. They have no conception of the complex legal and regulatory issues and they sure don’t care about matching the right products with each customer’s unique exposure to protect their assets and income. They think it’s like any other online sale where the ‘buying experience’ is the only important thing,” Wilson wrote.

According to Wilson, these investors “see billions in cash flow in insurance but don’t understand the outflow and everything in between, including risk analysis and complex legal contracts. They’ve been watching too many TV commercials and think all you need is a web site and a price gun.”

“Let’s hope that Google returns to its core competencies and abandons being an accomplice to financially endangering the lives of innocent, misguided people,” Wilson added.
Delivering Value

Other insurance professionals advised agents to channel the lesson of Google’s misstep to their advantage.

“I don’t think this should be an excuse for independent insurance agents to sit back and not evolve how they are delivering the value of the channel,” wrote David Morton, of Agency Revolution, a marketing agency for independent insurance agents, in a LinkedIn Group discussion. “The value has not changed. The way in which we need to deliver that value has changed. We need to make it easier for people to do business with us and access that value.”

Others on LinkedIn suggested they were not surprised by Google’s fall.

“Was only a matter of time,” wrote one commenter. “As much as people want to commoditize and ‘disrupt’ everything, insurance has too many variables in underwriting and pricing to do so.”

Another wrote: “Probably best to stick to what you do best.”

Another commenter said the whole episode illustrates the value of the traditional independent agency system.

“Delivering value is not putting a self rater on your website,” the poster wrote. “There is a reason why the agent / broker position, whether captive or independent, has remained intact throughout the years.”

In defense of Google Compare, Weismantel said it’s not unheard of for Google to get rid of products this time of year, and the company is all about trying things out.

“They run lots of these experiments,” he said.

He said that when disruptors come in to a market, it can take time for a new way of doing things to take hold, offering Uber as an example. “They didn’t come in and just take over the taxi industry,” he said, adding that it took years for Uber to overcome laws and regulations and catch on.

He said he believes it’s just a matter of time before Google returns. “They’ll still be involved in this industry in one form or another,” Weismantel said. 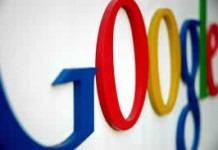 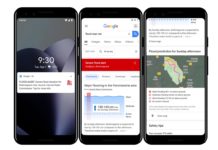 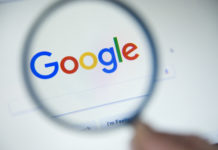